What we love about the Dewalt DCHT820P1 is its beautiful shade of yellow, which makes the whole unit look very classy and expensive. Let’s not forget to mention that the jet-black handle adds a rich, nice touch.

But beyond the exterior, does this hedge trimmer deliver good results?

As advertised, it comes with a “powerful high output,” which in figures, translates to a cutting stroke rating of 2,800 spm. It’s a respectable number for a cordless, but as you know, there are more powerful models out there.

In this Dewalt DCHT820P1 review, let’s find out what previous buyers have to say about their unit. What are the pros and cons of this hedger? What’s our recommendation? Read on to find out.

Dewalt DCHT820B is the same model. The only difference is that it doesn’t come with a battery. If you have a 20V Li-ion Dewalt battery, this bare tool option is for you.

Key Features of the Dewalt DCHT820P1 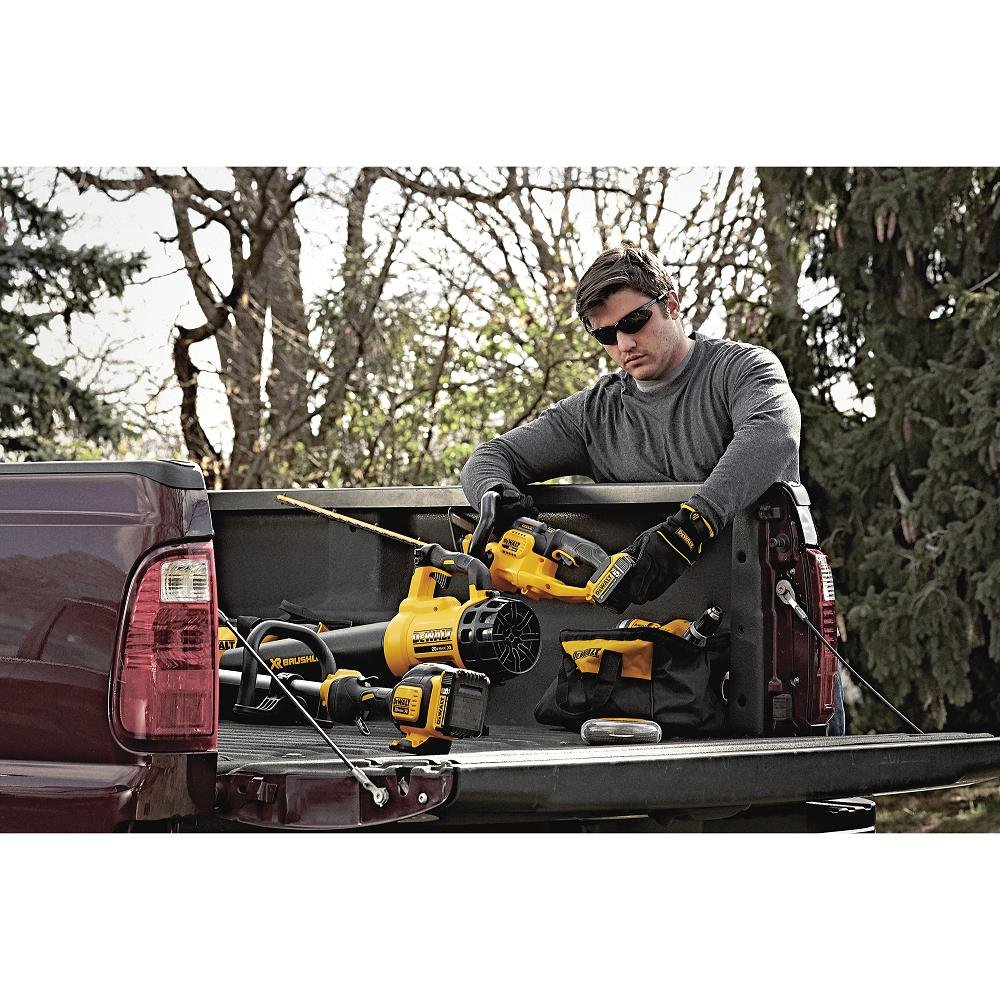 Let’s make this quick. Here’s a list of the DCHT820P1‘s top features to expect.

– 5.0 Ah Lithium Ion Battery. When it comes to cordless hedge trimmers, battery is everything. There’s no official data as to how much runtime its provides, but according to a consumer, his fully charged Dewalt DCHT820P1 is good for 4 hours give or take.

– Cutting Capacity. This hedger comes with a 22-inch blade that is rated to cut twigs and branches that measure up to 3/4-inch thick. Also, as previously mentioned, the motor is rated to give 2,800 SPM (strokes per minute).

– Motor. Is this unit equipped with a brushless motor? No, this hedger has a brushed motor.

– Country of Origin. If you’re looking for a hedge trimmer that’s American made, you’ll probably be unhappy to know that the DCHT820P1 is made in China.

Pros and Cons According to Previous Buyers 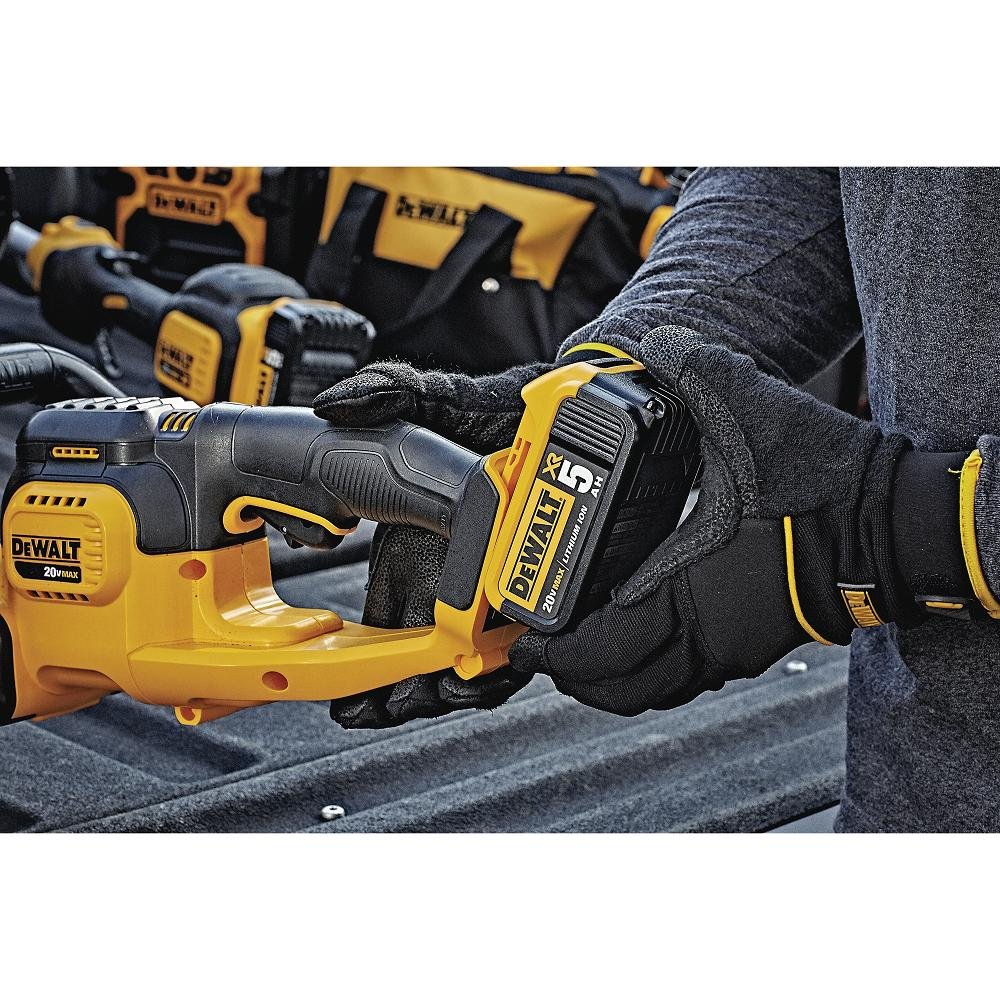 – Power and Performance. As a cordless, the Dewalt DCHT820P1 is really convenient as long as it’s fully charged. There are no gas fumes to deal with, and there are no cords to get tangled with.

Of course, as a cordless, this Dewalt hedge trimmer is not as powerful as its gas counterpart, so set your expectations right because it will definitely be “slightly underpowered” compared to gas. One person said it “doesn’t deliver the cutting power he was hoping for.”

Does it get the job done? Yes.

The general feedback has been positive, and previous buyers have been generous in giving compliments. The words “awesome” and “great” have been used frequently to describe this hedge trimmer.

– Battery Life. Many consumers are quite surprised because after their trimming task is finished, there’s still battery charge left. When it comes to run-time, answers vary, but one person said he was able to use his Dewalt DCHT820P1 for 4 hours before recharging.

– Lightweight. It is light in weight, so it’s easy to handle. It also has great ergonomics and balance.

– Limitations. Some people would be disappointed to know that the blades are firmly attached. If you want to take them out for easy transport, it requires disassembling the whole unit. Next, make sure to buy only a 20-volt Dewalt battery. Others won’t work.

The Dewalt DCHT820P1 can not compare to a gas-powered model, but as a cordless, it surprisingly packs a punch. It’s ideal for residential trimming tasks. It can cut branches like butter, and its battery can give you a long runtime. 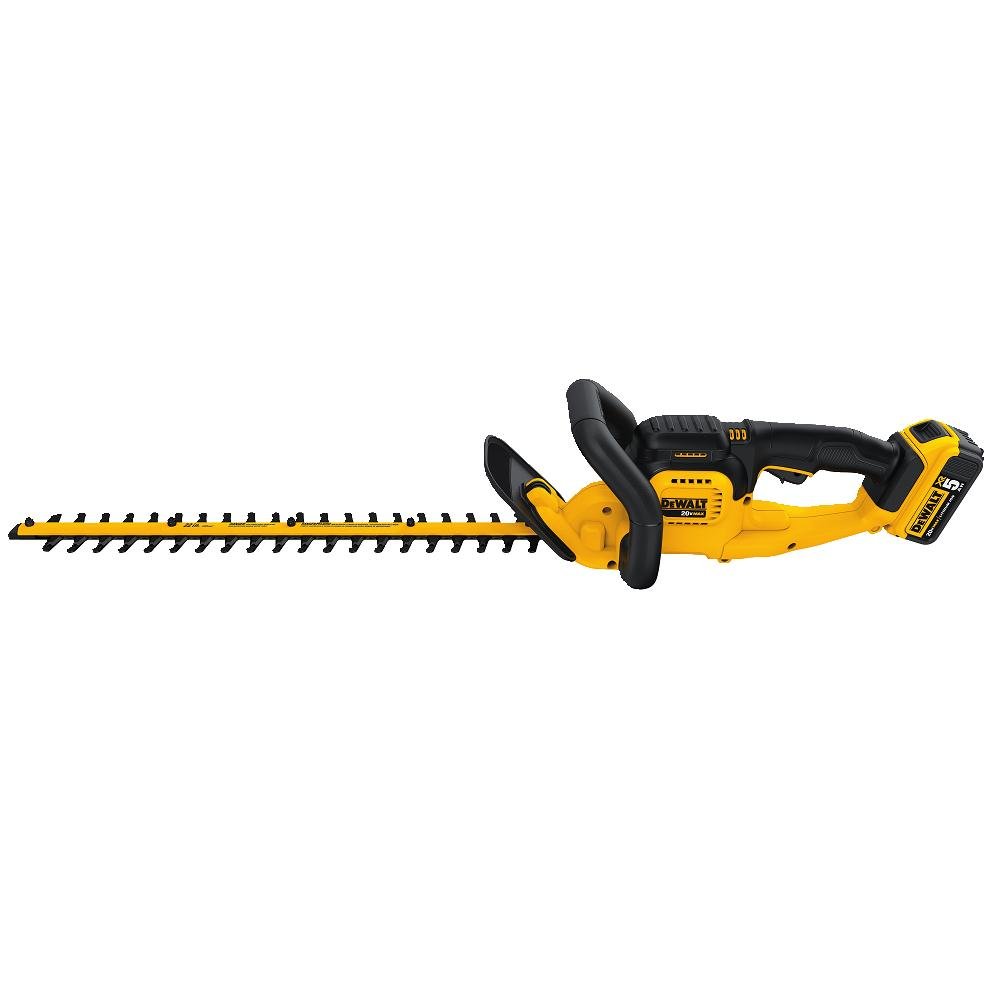 Hedge Trimmer Zone is a participant in the Amazon Services LLC Associates Program, an affiliate advertising program designed to provide a means for sites to earn advertising fees by advertising and linking to Amazon.com. Also, certain content that appears on this site comes from Amazon Services LLC. This content is provided “as is” and is subject to change or removal at any time.